For Mary Margaret’s entire life, Nann had run her own house. There had been a husband, of course – James Finn, housepainter, golfer, almost twenty years older than his bride. From all exterior accounts the marriage had been no more difficult than average. Three children were born: two daughters and the baby, Jim Junior. While JJ was still in diapers, James Finn set a ladder over a yellow jacket nest while painting a house in Amity. He didn’t know anything was wrong until he stepped on the first rung, the ladder sank into the ground, and the colony exploded….

365 days of writing, roughly exploring set themes, in concert with other writers. Should be fun. 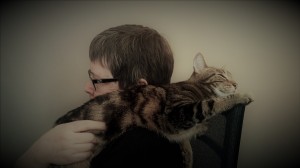 Was a bright young thing once.

MAY: FOOD AND DRINK

© Kim M. Hannigan and 365radicalelements.wordpress.com, 2017. Unauthorized use and/or duplication of this material without express and written permission from this site’s author and/or owner is strictly prohibited. Excerpts and links may be used, provided that full and clear credit is given to Kim M. Hannigan and 365radicalelements.wordpress.com with appropriate and specific direction to the original content.